With the invent of the internet, buying used cars and all types of vehicles has changed a lot. Consumers are more well equipped and informed about making a purchase and what to look for. The business has changed drastically in the last 40 years and especially the last decade.

People can go online and look at prices and cars as well as car history reports to check the condition of vehicles before even stepping on the lot. And it seems the business may even change more according to Josh Hyatt on http://www.autoremarketing.com. He recently interviewed Rick Ricart. Here is a short snippet from the article –

Everyone who has been in the car sales business since the dawn of the Internet age will probably agree that, well, things are a lot different than they used to be.

Customers are more informed. There are a lot more ways to sell a vehicle. But as the old adage goes, as things change, many stay the same.

That was one important message shared by Rick Ricart, the vice president of sales and marketing at the Ricart Automotive Group and third-generation car salesman.

When recently speaking with Ricart, Auto Remarketing asked him how he has seen the business change over the course of his lifetime, more than three decades of which which he has spent in the car industry.

“Since I’ve been in business, it’s a lot less forgiving … I think of the old adage of, ‘a used car bought right was already 50 percent sold.’ And today, if the right used car is bought right and merchandized correctly, it’s 85 percent sold,” he said. “The other 15 percent is just not making the customer want to leave.”

And, for the most part, many salesman can probably agree. By the time they reach the dealership, the average customer is much more informed about their purchase than they were prior to the digital information age. More often than not, a customer knows more about a specific vehicle than the average salesman who has to know about a wide variety of vehicles. Which is what lead to Ricart’s policy of not allowing sales staff to “sell cars,” but instead “allow customers to buy a car.”

And it seems there is even more change coming to the used car and vehicle industry with more sales being performed directly over the internet without even looking at the car. This we have to bring into question, can you really trust that you are getting what you are paying for? And how do you know that the vehicle doesn’t have any major issues or has had any in the past without laying hands on it and having your mechanic look at it? Never the less, silicon valley is jumping on the band wagon to do internet sales with a lot of new start ups as Pete Carey wrote an article on MercuryNews.com –

Silicon Valley is grabbing a piece of the hidebound used-car industry with technology that makes buying a car a matter of a few clicks on a smartphone.

Launched in the past two years, valley startups Shift and Beepi, Phoenix’s Carvana and a few others have put pre-owned car buying online, where deals can be struck and financing obtained in minutes, with the car delivered to your door.

“I think we’re all in agreement that a lot of things can be done to positively impact how cars are sold in the U.S.,” said Valentin Gui, co-founder of Instamotor, a San Francisco startup which has an app that connects sellers and buyers, performing digital checkups to root out fraud and other problems. “There are so many things you can do with technology to improve on that.”

But change is coming. By using mobile technology and algorithms that accurately predict how much a car will fetch and business models that keep overhead much lower than that of dealers, the new ventures say they can get a better deal for both sellers and buyers. They also emphasize transparency and value with seven- to 10-day returns with no questions asked.

I got a firsthand look at a mobile technology-driven car purchase a couple months ago as my son was browsing Craiglist for a pre-owned car, encountering some of the usual problems. The first car he found wasn’t registered in the seller’s name. The next one was 30 miles away with a different prospective buyer coming in a half-hour. A dealer had one listed, but it hadn’t been detailed yet and wasn’t immediately available.

Then he found a Prius on Craigslist that was advertised by Shift for its owner, someone who lived in San Francisco.

A Shift “car enthusiast” (that’s an official title) drove the car to my house in Palo Alto from Shift’s lot in South San Francisco. Shift’s enthusiast — a USC grad like my son — went over a 200-point inspection of the car by the company’s mechanics. After a test drive, my son bought it, signing the papers — including registration — in my living room.

Continue reading here
So we think the internet and buying used vehicles is a wonderful thing. Consumers are more educated and have a lot more options and vehicles to choose from. We have to thank Al Gore for inventing the internet 🙂  and we can’t wait to see what the future holds in store for the automotive industry and the internet!

You can watch the video on YouTube here: http://youtu.be/eS2EdCTni1s

Coil spring fractures may puncture the tire and increase the risk of a crash.

Nissan North America is expected to begin the recall of the affected cars, for model years 2007-12, by mid-November, NHTSA said. 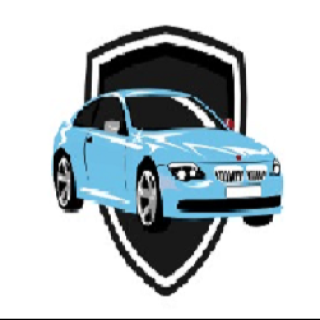 Buying and selling cars, motorcycles, Rv's, ATV's and boats. If you are in the market to purchase any of these in the future, check us out for tips before purchasing.